The Cyborg actor calls Warner Bros. allegation a “desperate and scattershot attempt to discredit” him, questions independence of investigator he says he did speak with via Zoom.

“He’s definitely been put on the case by Warner Bros. Pictures not Warner Media,” Ray Fisher wrote in an email he shared to his Twitter feed on Saturday in response to Warner Bros. saying he was refusing to cooperate with their investigation into his “Justice League” claims.

“Thank you all for the support and for seeing through @wbpictures desperate and scattershot attempt to discredit me to continue protecting those in power,” he captioned his share. 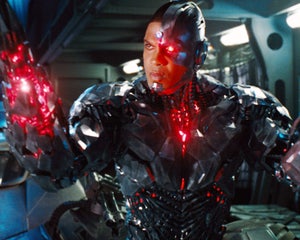 He then claims the attached email was sent to his “team” and union immediately after he met with the studio’s investigator on August 26. At the same time, Fisher admits in the email that he “had to end the interview early before going into detail with him.”

That line alone adds weight to Warner Bros. claims that Fisher did not cooperate with their investigation, but in that same email, Fisher addressed his concerns with the call and appeared to be making steps toward continuing with the investigation.

It’s also worth noting that I made it clear to the world on Aug 21st that I would be vetting the investigator to ensure a fair and protected process for all witnesses. @wbpictures has escalated this to an entirely different level, but I’m ready to meet the challenge.

Fisher also shade a video clip from even earlier in August where he spoke with his fans about his intention to vet the investigator to ensure they were truly an independent and outside source, not someone paid by Warner Bros. to support their agenda with their findings.

Fisher’s tweets come in response to a statement released Friday by Warner Bros. wherein they claim that he has been refusing to cooperate with their ongoing investigation into his claims. The statement, received by Deadline, reads as follows:

In July, Ray Fisher’s representatives asked DC Films President Walter Hamada to talk to Mr. Fisher about his concerns during the production of Justice League. The two had previously spoken when Mr. Hamada asked him to reprise his role as Cyborg in Warner Bros.’ upcoming Flash movie, together with other members of the Justice League.

In their July conversation, Mr. Fisher recounted disagreements he’d had with the film’s creative team regarding his portrayal of Cyborg, and complained that his suggested script revisions were not adopted. Mr. Hamada explained that creative differences are a normal part of the production process, and that a film’s writer/director ultimately has to be in charge of these matters.

Notably, Mr. Hamada also told Mr. Fisher that he would elevate his concerns to WarnerMedia so they could conduct an investigation. At no time did Mr. Hamada ever “throw anyone under the bus,” as Mr. Fisher has falsely claimed, or render any judgments about the Justice League production, in which Mr. Hamada had no involvement, since filming occurred before Mr. Hamada was elevated to his current position.

While Mr. Fisher never alleged any actionable misconduct against him, WarnerMedia nonetheless initiated an investigation into the concerns he’d raised about his character’s portrayal. Still not satisfied, Mr. Fisher insisted that WarnerMedia hire an independent third party investigator.

Not addressed in that statement are Fisher’s specific allegations against Joss Whedon, who was brought in midway through the production of “Justice League” to complete the film. On July 1, Fisher tweeted allegations of Whedon’s “abusive” conduct on set.

“Joss Whedon’s on-set treatment of the cast and crew of Justice League was gross, abusive, unprofessional and completely unacceptable,” Fisher wrote. “He was enabled, in many ways, by Geoff Johns and Jon Berg. Accountability>Entertainment.”

According to a tweet by Fisher on Friday, he received a phone call from Hamada, “wherein he attempted to throw Joss Whedon and Jon Berg under the bus in hopes that I would relent on Geoff Johns. I will not. A>E.”

It was this tweet that sparked the response from Warner, which explicitly denied that Hamada threw anyone “under the bus,” and claimed that Fisher’s grievances were about his character’s portrayal in the film. 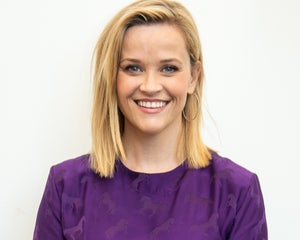 14 Actors Who Refuse To Watch Their Own Movies & TV Shows

Also worth nothing from Warner’s statement is that they agree Hamada said Fisher’s concerns would be elevated to WarnerMedia, who subsequently launched an investigation. And yet, according to Fisher’s latest tweets on the matter, Fisher believed the investigator he spoke to was reporting to Warner Bros. Pictures and not the higher WarnerMedia — thus him questioning their objectivity and true independent status.

Meanwhile, Fisher’s role in “Justice League” is expected to be expanded and re-envisioned in the upcoming “Snyder Cut” mini-series of the original film, slated for HBO Max. Original director Zack Snyder has returned to the film he started and is recutting the entire thing to better suit his original vision.

In describing the film in 2016, before his daughter’s death forced him to step away, Snyder described Fisher’s Cyborg as “the heart of the movie,” in a chat with USA Today. That was not so much the case in Whedon’s version of the film.

“Zack Snyder’s Justice League” will be released as a four-part mini-series, with each chapter clocking in at an hour long. It is currently slated for release on HBO Max sometime in 2021.

Got a story or tip for us? Email TooFab editors at tips@toofab.com.