Jennifer Lawrence said she confronted Anderson Cooper after he accused her of fake Oscars fall – Fox News No ratings yet.

Actress Jennifer Lawrence last week revealed the time she let CNN’s Anderson Cooper have it over his accusation that she faked her fall climbing the stage steps to accept her 2013 Oscar.

Lawrence said she was nervous the night she was up for Best Actress for “Silver Linings Playbook” but ready in case she won.

“I had everything in my head,” she told Heather McMahan on the “Absolutely Not” podcast that aired Wednesday. “I was very, very nervous but I was ready. All of the adrenaline clears out and they call my name and I’m elated and I’m in shock. And then I fell, and it erased everything from my mind. My full brain went blank. I can look back at it now fondly but for a very long time the fall thing was very sensitive.”

Three days later, she said she heard Anderson Cooper on his show saying, “Well, she obviously faked the fall.”

JENNIFER LAWRENCE SAYS TRUMP ALTERED HER POLITICAL VIEWS: THERE’S BEEN A LINE DRAWN IN THE SAND’ 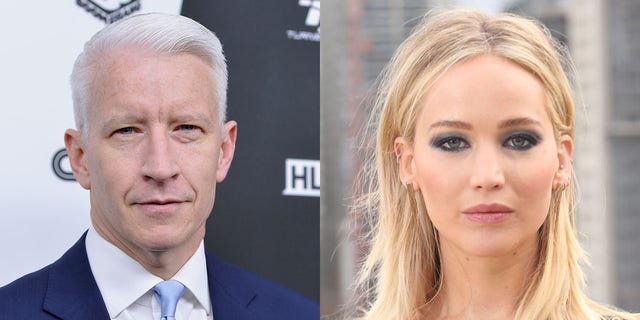 Jennifer Lawrence said she confronted CNN’s Anderson Cooper after he said on his show she “obviously” faked her fall up to the Academy Awards stage.
(Getty/AP)

She said his words were “devastating because it was this horrific humiliation to me.”

“I’ll tell you what,” she added, “I saw him at a Christmas party and I let him know. My friend told me a vein was bulging out of my eyes. … What I led with was, ‘Have you ever tried to walk upstairs in a ball gown? So then how do you know?”

She laughed that he probably told everyone she was “psycho.” “On my death bed, the last thing I’ll say is ‘Anderson Cooper,’” she joked.