The DEA does not issue BB guns to its agents.

An 18-year-old man was arrested in Florida for bringing a concealed weapon into the Disney Springs area of Disney World in Florida. When he was approached by authorities, the suspect reportedly claimed to be a DEA agent and even showed what authorities believe is a fake badge. 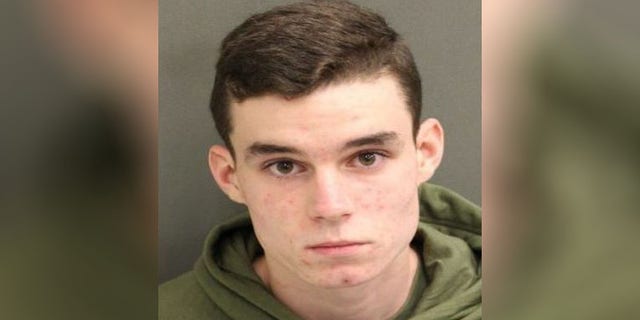 When a deputy approached the man, Smith allegedly claimed that he had recently been hired as a special agent by the Drug Enforcement Administration’s Atlanta, Georgia, division.
(Orange County Sheriff’s Department)

Park security at Disney Springs flagged Nathaniel Smith as possibly having a gun and contacted authorities, Fox 35 Orlando reports. When a deputy approached the man, Smith allegedly claimed that he had recently been hired as a special agent by the Drug Enforcement Administration’s Atlanta, Georgia, division.

Smith reportedly showed authorities a badge when they asked to see one. Fox 35 reports that deputies later located similar-looking badges being sold on Amazon.

When authorities asked Smith to provide a phone number for his supervisor at the DEA, Smith was allegedly unable to provide one. It was eventually discovered that Smith was carrying a concealed BB gun in his waistband. The gun was reportedly a replica of a Glock 19 and was loaded at the time.

Smith was taken into custody and the gun was seized. He has reportedly been charged with impersonating an officer, unlawful display of a badge, and carrying a concealed weapon.

This is not the first time a guest has been caught with a weapon in the Disney World area.

Fox News previously reported that a Georgia woman was banned from Disney World after allegedly stashing a loaded 9-mm. gun behind a planter outside the Magic Kingdom — and then attempting to blame it on her 6-year-old son.

Marcia Temple, 27, was arrested on Oct. 8 by deputies with the Orange County Sheriff’s Office (OCSO) after her strange behavior was flagged to Disney security by a worker with Advent Health, who was taking temperatures at the entrance, per a police report.