Clueless is getting a series reboot, this time with Dionne Davenport as the lead – CNN No ratings yet.

A reboot series of the classic 1995 film is in development at
Peacock, NBC’s streaming service, a spokesperson confirmed to CNN. But rather than focusing on everyone’s favorite Cher Horowitz, famously played by Alicia Silverstone, this show is set to focus on Stacey Dash’s character, Dionne Davenport — the best friend.

“A baby pink and bisexual blue-tinted, tiny sun-glasses wearing, oat milk latte and Adderall-fueled look at what happens when queen bee Cher disappears and her lifelong No. 2 Dionne steps into Cher’s vacant Air Jordans,” a description of the show reads. “How does Dionne deal with the pressures of being the new most popular girl in school, while also unraveling the mystery of what happened to her best friend.” 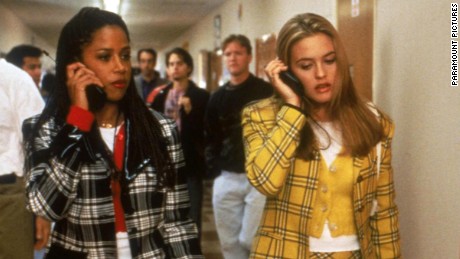 The show is set to be written by Jordan Reddout and Gus Hickey, both of whom have worked on shows like “Will and Grace” and “Man with a Plan.”

This isn’t the first reboot of “Clueless,” which was a loosely based retelling of Jane Austen’s “Emma,” following the adventures of Horowitz as she navigated changing friendship dynamics and romance in high school. The show has become a cult favorite of sorts, mainly for its iconic catchphrases and pop culture references.

In 1996, a spin-off TV series was developed and ran for three seasons. In 2018, a musical version of the popular movie debuted off-Broadway, too.

How does Taysom Hill's win for the Saints make Jameis Winston look? | KJZ